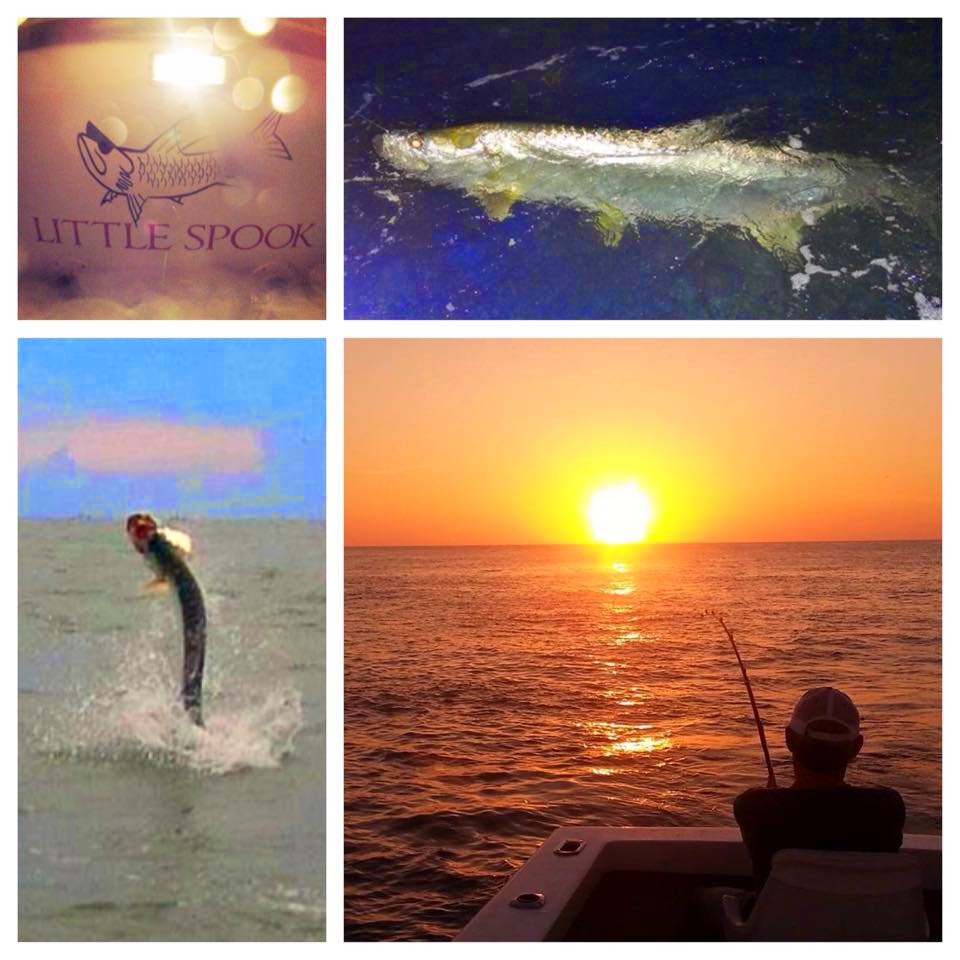 Tarpon (Megalops Atlanticus)
Silver King
Poon
...or whatever you want to call them. The Tarpon is a prehistoric modern day dinosaur of the sea that has the ability to reach sizes over 200lbs and up to 8' in length.  They are famous for their acrobatic jumps and a strong will to fight all the way to the boat.

Boca Grande, Florida is known as
"The Tarpon Capitol of the World" 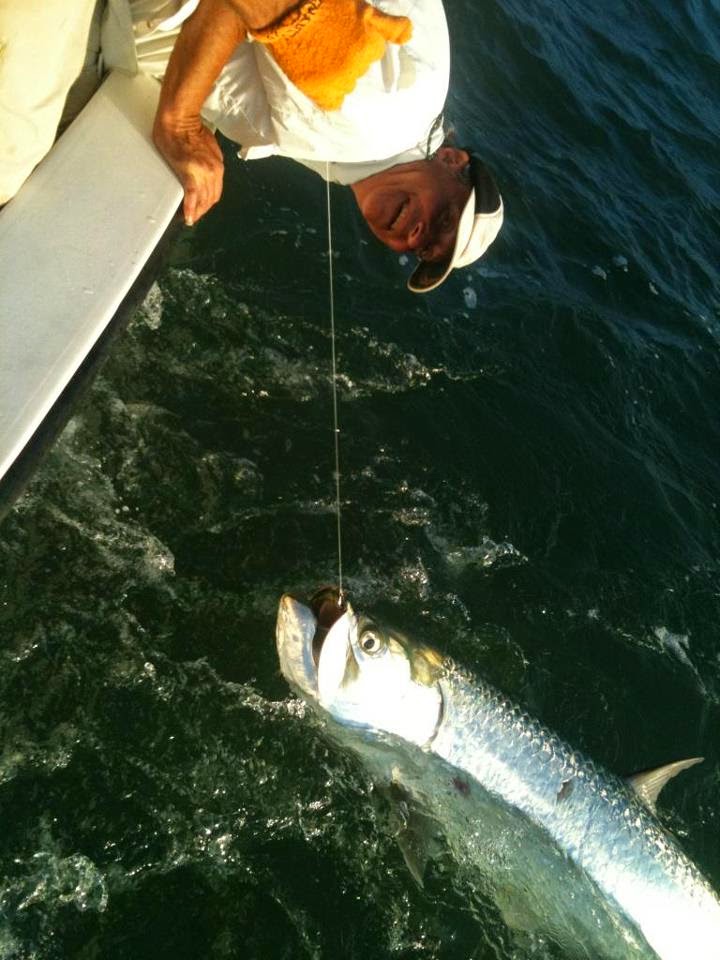 Tarpon migrate annually to Boca Grande pass in large numbers(1000's) as part of their prespawn ritual.  Once here, they eat and socialize before heading 100 miles or more offshore to spawn.  They arrive in April every year, peak around the end of may, and become hit or miss after 4th of July.  The average weight of a Tarpon landed is 70lbs......but don't be surprised to hook into 150lb'er either. 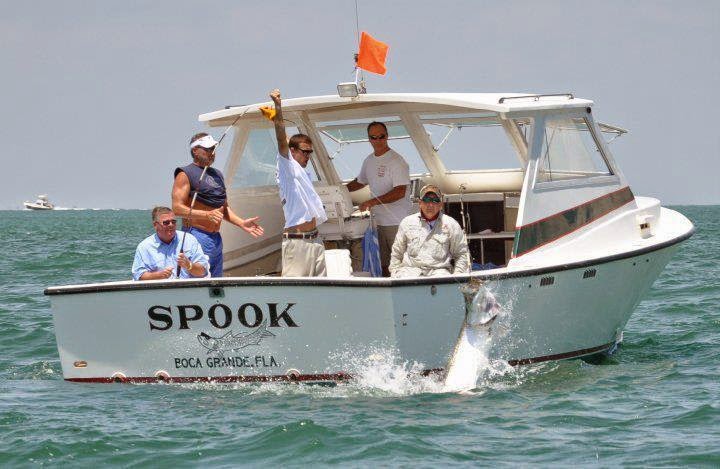 Although Tarpon are in abundance in Boca Grande when they come to town, a certain level of conservation needs to be taken into account to help preserve the survival of the species.